Like every year, four students in geosciences & environment had the chance to represent the colors of the Beauvais campus of UniLaSalle during the Imperial Barrel Award, an international competition bringing together the largest schools and universities specialized in geosciences in the world.

Organized by the AAPG (American Association of American Geoscientists), the purpose of this event is to challenge students on the potential and feasibility of exploiting an oil prospect based on a data set provided by the association. The presentations are made in front of a jury composed of professionals from the sector and in English.

For this year, the Lasallian team represented by Mathilde HAEMMERLEIN, Thibaud DELPHIN, Bernard HOUNGAVOU and Marc FARGEAU worked for two months on the exploitation potential of a zone in the south of Australia, the Great Bight Basin.

Under the leadership of Julien Bailleul, teacher-researcher in sedimentary geology and basin analysis, the team brilliantly qualified for the European final.

Despite the excellent feedback from the jury members on the work carried out in this geographical area where few wells are present, UniLaSalle finished this year at the foot of the podium.

Congratulations to Mathilde, Thibaud, Bernard and Marc for the work you have done during these several weeks of competition!

More information on the IBA 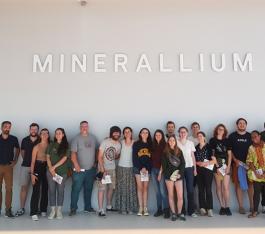 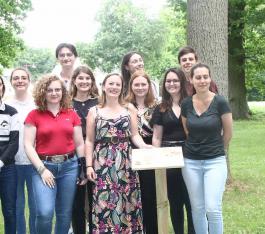 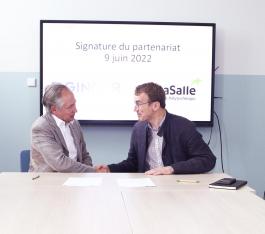 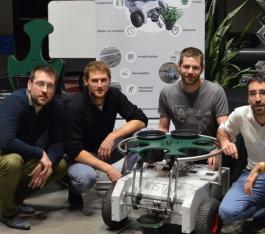