Louise Deschrevel awarded for the quality of her thesis

The student from Beauvais received one of the 8 Xavier Bernard Frederic Foundation thesis prizes awarded in 2022 by the French Academy of Agriculture.

Animal welfare in goat farming has been quite successful for Louise Deschrevel. Her work on the theme "Study project on brushes in dairy goat farming - Preferences of dairy goats with respect to different brushes and the impact of access to brushes on the well-being of goats" was awarded a prize for her final thesis by the Xavier Bernard Foundation.

This prize, awarded by the French Academy of Agriculture and the Xavier Bernard Foundation, is given each year to students from public or private higher education establishments in the field of agriculture, who present the best dissertations at the time of their graduation.

The awards ceremony took place last Tuesday, September 20 at the French Academy of Agriculture. For the occasion, each winning student - there were 8 in total - were able to summarize their work in 6 minutes on the clock in front of the members of the Foundation's and the Academy's offices, as well as the jury that had ruled on the quality of the work that had been submitted for the award.

The entire UniLaSalle pedagogical and administrative team congratulates her on the excellence of her work. 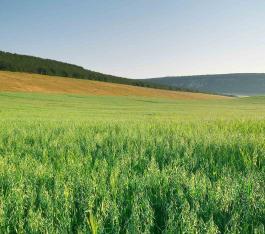 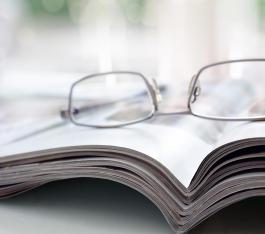 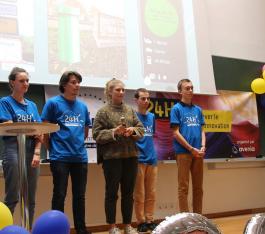